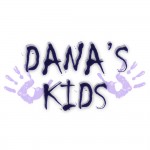 Lately I’ve been hearing the same thing from parent after parent….”My toddler/2/3 won’t stop throwing his food.  I put him in the high chair to eat and almost immediately the food is flying.  And the best part is, when I say ‘no throw,’ he laughs!”

Here are just a few  ideas that can be helpful:

Post Script:  It should also be noted that humor can be helpful when working on this and other behavioral issues with young children.  Stay tuned for a post focusing on how to use humor as a technique. Dana is truly my saving grace!… She is SMART, CONFIDENT, WITTY, and has a great real-life approach to how she does things!

Dana is a consummate professional, easy to work with, always available to answer questions and, most importantly, empathetic and positive in all that she does. I would highly recommend her to any family going through transition or crisis that wants to ensure the resilience of small children.

Dana has a unique gift as a child development specialist and educator. She’s terrrific with children, a good listener and patient.When working with our family, she helped us identify ways to assist in our children’s development by providing very specific and appropriate solutions. I would highly recommend her to any family looking for external support in early childhood development.

Dana’s advice is second to none. i’ve learned that patience and consistency are the keys to a more successful, happy child! thanks dana!

Dana worked with my son Matthew who is Autistic and non-verbal for two years in our home three times a week. Dana was able to engage with Matthew in ways many therapists have tried and failed. She finds a way to connect and then expands from there to to progressive skill building. A true master in working with special needs kids.”

“Dana is amazing. She understands children and their behaviors so well and is skillful at helping parents better parent their kids. Her approach is authentic and practical — she helps you figure out how to best deal with whatever parenting issue you are grappling with in a very no-nonsense way. I highly recommend Dana!”

Dana was…able to pass on her skills knowledge and confidence, teaching us how to handle our daughters fears and concerns on an ongoing basis until, thankfully, they disappeared.

Dana will be able to help you and your child in a way that will make you both feel confident!

Not in New York?