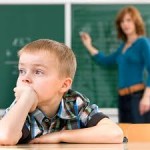 By now many of us have read L. Alan Sroufe’s opinion on the use of medication for people, specifically children, with ADD.  He discusses the short term benefit and his belief that in the long term they do nothing for behavior or concentration.  He describes ADD as “problems with attention, self-regulation and behavior.”  Perhaps most strikingly he cites environment and “parental intrusiveness” as causes for Attention Deficit Disorder.  Now, I am not a researcher or doctor, and will not attempt to dispute medical findings (though having read many studies, I wonder what details may have been left out of this article to prove a point).  But in the same way that blaming autism on the “refrigerator mother” was a harmful generalization, misleading, insensitive, and useless, so to is this.

Giving medication to children with ADD should be a choice made by an individual family, for their individual child, with the help of their individual doctor.  In my work I have seen both children who benefit greatly from medication and those for whom medication has been ineffective.  I have seen medication give children the concentration they need to learn coping strategies for managing their “inattention, self-regulation, and behavior” that they otherwise would not have been able to learn.  Again, I won’t argue with medical findings Sroufe includes in his article (though they should be read in full before I”d confirm their value), but in my opinion, he spends far too much time discounting possible remedies and placing blame, rather than offering ways to help.

Below, a link to the original article, a sensitive, well-written, thought-provoking reaction from a parent (one without a child with ADD), and two point by point rebuttals from Harold S. Koplewicz, MD and Edward Hallowell, MD.  Have a thought?  Reaction?  Success or challenge with an ADD/ADHD “treatment?”  Please share it here!

“Righting the Record on Ritalin: Why the slam on medications for ADHD is misleading”

Ritalin Redux: This popular and beneficial ADHD medication gets a bad rap Not in New York?